Issue:  The U.S. Environmental Protection Agency (EPA) and Weed Science Society of America (WSSA) have worked together in recent years on a number of weed management issues facing farmers, natural resource managers, and weed scientists.  The Mid-Atlantic Region of the United States has been dealing with herbicide resistant weeds since 1972 when triazine resistance was identified in Maryland. Glyphosate- resistant horseweed was identified in 2000 in Delaware and, more recently, acetolactate synthase (ALS) -resistant smooth pigweed, ALS-resistant common chickweed , and glyphosate-resistant Palmer amaranth  have been confirmed in the region. While, glyphosate-resistant weed species in grain crops have impacted the largest number of acres, ALS-resistant smooth pigweed remains a very big challenge for their vegetable industry (over 125,000 acres in the Delmarva region).

Response:  A one-day tour was organized to provide an opportunity for EPA staff and WSSA members to discuss herbicide resistant weeds and the impact they are having on agricultural production in this region.  Twenty-seven EPA staff representing all of the divisions within the Office of Pesticide Programs participated on the tour along with 4 members representing the WSSA. The hosts of the tour were Dr. Mark VanGessel, University of Delaware, and Dr. Ron Ritter, University of Maryland. The objectives of the tour were:

Four stops were included in the tour representing agricultural production and weed management issues on the Delmarva Peninsula. Stops included:

Program Impact:  The tour participants were surveyed at the end of the tour to determine the usefulness of the tour: 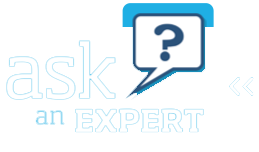